When Caston told me he wanted a Lego Party for his upcoming 5th birthday I was a little worried about pulling it off, but with the help of Pinterest and a few friends, the party was a blast for all our little guests. 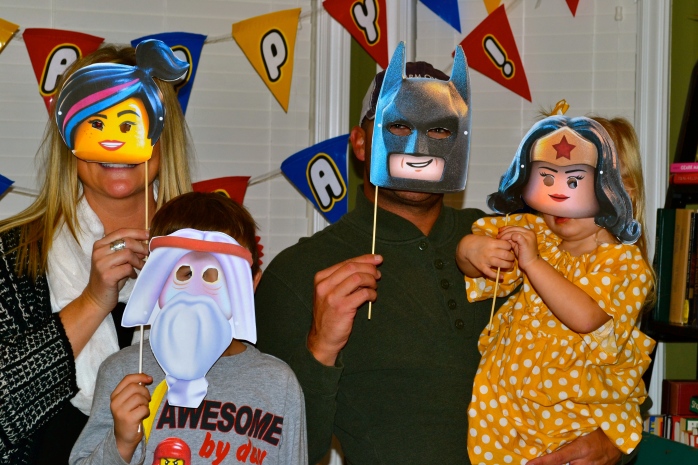 The Lego Movie was our inspiration and I made these fun photo booth masks for all the kids.  Legos placed in Mason jars were a great prop decoration, along with a few Lego Heads and awesome Lego Movie wall clings I found online.

Decorating for this Awesome Lego Party brought me back to my own childhood, as I recalled building with Legos with my older brothers as a kid.  I pulled the decorations together by using the base of the Lego colors: red, blue and red.  I found this great banner at a dollar store and made the letters to look like the Lego logo and taped the letters on the banner.  The paper fans and pom balls were a steal on Amazon, blue table linens and serving ware all stayed true to the Lego primary colors.

Thanks to some very kind friends we were able to make the perfect table setting for Caston’s little guests (just their size).

This was the first year I had games created for the kids to participate in and BOY were they a hit!  We started with having the guests make their own Lego Man with crayons and a mini lego man cut-out I had on their tables.  Then we played “Find the Lego Man,” which we had hidden in the house.  They wanted to play this a couple times.  We also had a “Guess how many Legos are in the jar” game for the kids. 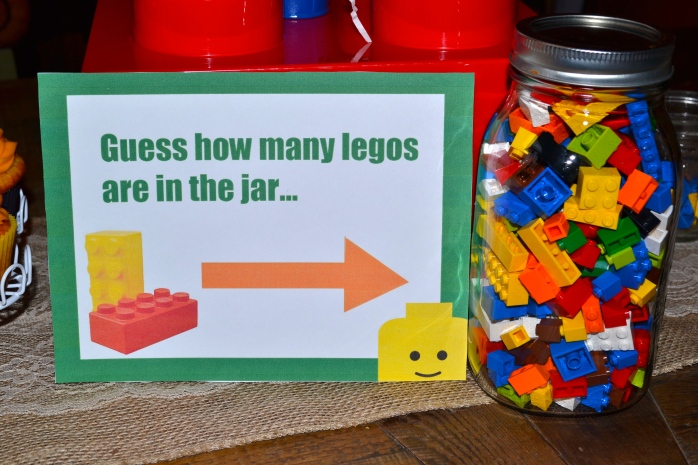 Caston had a blast with his friends and I can’t wait until the next Lego Party!

Error: Twitter did not respond. Please wait a few minutes and refresh this page.